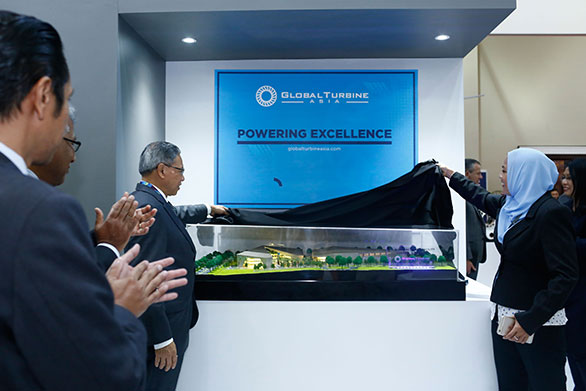 LANGKAWI, MARCH 21, 2017: Global Turbine Asia Sdn Bhd (GTA), a Malaysian aerospace maintenance, repair and overhaul (MRO) company, has announced its plan on its manufacturing facility. This facility is in line with  GTA’s intention to expand its activities for  tools and aircraft parts manufacturing.

GTA chairman and chief executive officer Dato’ Nonee Ashirin Mohd Radzi said the facility would be located on eight acres of land in the Subang Aerospace Park.  The GTA Manufacturing Facility is proof of GTA’s commitment towards the government’s aim to become Southeast Asia’s aerospace hub in 2030.

“We are investing RM50 million on the facility’s infrastructure, machinery, equipment as well as on training” she said when speaking to reporters during the Langkawi International Maritime and Aerospace Exhibition (LIMA) here today.

“As a country, we have the talent and the expertise to drive the industry’s growth. At GTA, we believe in capacity building, which is why we will have a special training programme, which is dedicated towards producing highly skilled workers, specializing in the aerospace industry.

The GTA Manufacturing Facility preview was officiated by the Minister of International Trade and Industry Minister, Dato’ Seri Mustapa Mohamed.

Global Turbine Asia is an independent engine and maintenance, repair and overhaul service provider of military and civil engines in the Asia Pacific region.

GTA is a representation of true technical capabilities, dedication and partnership, which have developed and grown from a local industrial footprint into a regional inspiration.

GTA began its journey in 2010 with a focused objective – to become the local champion leading the industry in rotor wing engines. At LIMA 2017, they embark on their next chapter of growth, establishing expertise and world class capabilities to better serve the industry, aptly captured in their new tagline, Powering Excellence. one of the world’s innovative companies in the world, GTA gains competitive advantage over others, having undergone rigorous technical and processes requirements and having close proximity to their customers, which translates to excellent customer service standard.